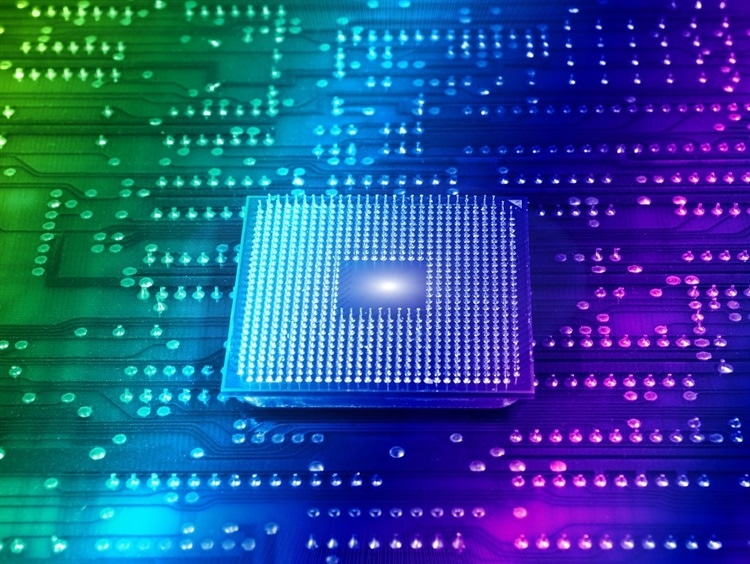 For the past several decades, scientists have been experimenting with the potential benefits that nanomaterials, particularly carbon nanotubes, could offer semiconductors. As researchers develop methods to further reduce the size of semiconductor materials, dramatic improvements in the physical and chemical properties of these materials continue to arise. In conclusion, minimizing the size of semiconductor materials has been shown to maximize the performance of semiconductors for their application in a wide range of material applications.
The Benefit of Quantum Size Effect (QSE)
The quantum size effect (QSE) arises as a result of the increased quantum confinement of the electrons and holes following the increased reduction in size of small crystalline structures, such as that which occurs during the nanoscaling of semiconductor materials. Nanomaterials affected by QSE exhibit changes in their electronic structures, which results in an intermediate molecular size that falls between the size of a molecule and its bulk material. When present in this intermediate state, the individual energy density of states (DOS) of valence and conduction bands in metals and semiconductors undergo a unique transformation that leads to the spatial enclosure of charge carriers within these structures.
As a result of the electron structural changes that arise from QSE, dramatic modifications from the physical properties of bulk materials can be demonstrated by manufactured nanomaterial. By manipulating the size and shape of these intermediate atoms, researchers are able to adjust the energy and optical transitions of nanoengineered semiconductor materials. For example, by modifying the electronic energy state, researchers can adjust the light emission capable of passing through these nanoparticles to be within the ultraviolet, visible, near-infared and/or mid-infared spectral ranges, depending on the desired application of the material.
Widened Bandgap Advantages
Bulk semiconductors are typically characterized by their different composition-dependent bad gap energy (Eg) values. Eg represents the minimum amount of energy required to excite a ground state electron to reach the vacant conduction energy band. Nanoscale semiconductors often exhibit a widened band gap that provides these materials with a unique chemical stability at high operating temperatures.
This thermal stability therefore provides a wide range of advantages to systems equipped with nanoscale semiconductors, especially when compared to similar silicon-based devices. For example, electronic systems can eliminate the need for excess wires, connectors or cooling systems that would previously have been needed to cool systems in the event that temperatures rise. Many systems, especially those involving fuel combustion, high-temperature manufacturing and drilling processes, can benefit by improving the reliability of their performance in the presence of these extremely high temperatures.
The elimination of these excess materials, which would otherwise increase the size, weight and overall complexity of the system, significantly improves thermal management. Within the aerospace industry, minimizing the weight of electronic systems plays a crucial role in determining the overall reliability of these systems during operation. By improving high-temperature capabilities of aircrafts, electronic control of engines, which can reach to temperatures of up to 600 °C, they can be better maintained to ensure passenger safety.

Challenges
While this modification in the physical properties of nanomaterials has allowed for the development of increasingly strong materials, such as graphene, material chemistry researchers often struggle with the ability to determine the correlation between the physical properties that may arise with each newly created physical dimension. To this end, each component of a nanostructure must be carefully scaled in order to achieve the perfect combination of material compositions and length scales that will be appropriate for the final product of interest.