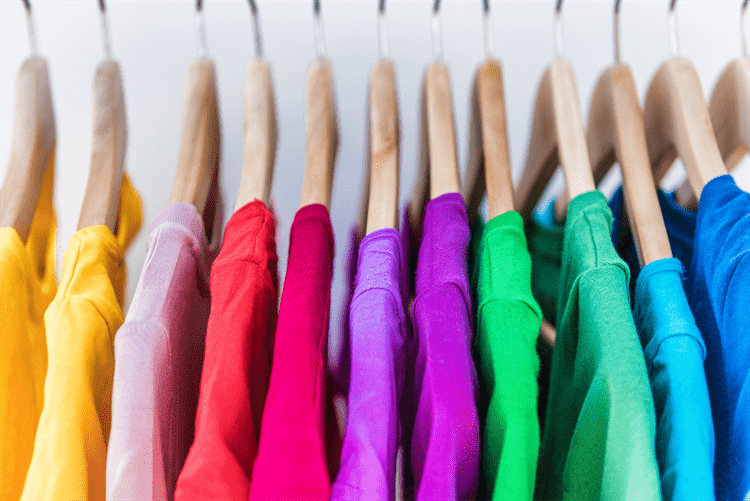 The use of nanoparticles to enhance clothing is not a new development. Starting in the mid-2000s, many garment manufacturers began integrating silver nanoparticles with antimicrobial qualities into their products. More recently, major advancements have been made in self-cleaning fabrics that make use of nanoparticles.
Silver nanoparticles used in clothing kill the bacteria known to cause undesirable odours. These particles discharge positive ions, keeping bacterial cells operating correctly. The particles’ small size means they can be incorporated without affecting feel or function. Because they are resistant to odour, clothes with silver nanoparticles must be washed less often than conventional clothes.
Garment makers have also been using silica nanoparticles on the surface of textiles to create liquid-repellent clothing. The nanoparticles create enough surface tension to keep liquids from soaking into the fabric. Instead, liquid spilt on this fabric forms into beads that can easily roll-off.
These applications of nanoparticles reduce the need for cleaning, and there have been recent advancements when it comes to fabrics that clean themselves.
Sun-Powered Self-Cleaning
Self-cleaning clothing technology is constantly being advanced by new nanotechnology developments, and one of the more recent advancements in the development of nanoparticle textiles is self-clean when fabrics that are activated by sunlight.
Developed by the Royal Melbourne Institute of Technology in Australia, the self-cleaning textile has nanoparticles that breakdown organic matter when subjected to light. To achieve their outcome, the scientists focused on copper and silver-based nanoparticles, which are renowned for their capability to absorb visible light. When these nanoparticles are subjected to light, it creates so-called “hot electrons” that discharge a burst of energy capable of breaking down organic matter.
The main obstacle for the scientists was to develop a way to fabricate these nanostructures on a commercial scale and adequately integrate them.
According to their report, the study team approach involved growing the nanostructures right on the textiles by soaking them in several different solutions over 30 minutes.
When the study team tested their novel textile by subjecting it to light, it took fewer than six minutes for self-cleaning to occur.
The scientists said they are currently working to create clothing-quality textiles that can self-clean organic stains after being worn in the sun or placed under a light bulb of enough brightness.
Odour-Killing Nanoparticles
Nanoparticles have also been used to target and get rid of odour-causing molecules. While silver nanoparticles have been used to stop odour by killing certain bacteria, recently developed nanoparticles can target and change pungent compounds. Instead of masking odour as a fabric spray might, new nanoparticle textiles are designed to chemically alter odour molecules, addressing the root cause.
In one research effort, scientists found copper-silica nanoparticles were able to negate odour from ethyl mercaptan, a petroleum gas additive that allows us to smell leaking gas. When ethyl mercaptan molecules interact with the copper-silica nanoparticles, they are bound to the exterior of the particles, eliminating odour.
These odour-reducing particles appear to be more sustainable than antimicrobial silver particles, since they attack chemical compounds, not perform the general antibacterial activity.
Concerns with the Use of Nanoparticles in Clothing
There are still significant issues when it comes to the use of nanoparticles in clothing. For instance, washing clothes with silver nanoparticles releases them into the wastewater, which is a potential environmental issue and a limiting factor on this antimicrobial measure.
The potential release of nanoparticles into the ecosystem has triggered considerable debate, particularly as metal nanoparticles can become toxic ions in the environmental conditions. This fact has fuelled concerns about other nanoparticle systems, the ecological impacts of which have yet been thoroughly researched. However, the possible environmental benefits of self-cleaning textiles, such as lower water use, make them worth investigating.

The terahertz frequency range – which sits in the middle of the electromagnetic spectrum between microwaves and infrared light — offers the potential for high-bandwidth communications, ultrahigh-resolution imaging, precise long-range sensing for radio astronomy, and much more.