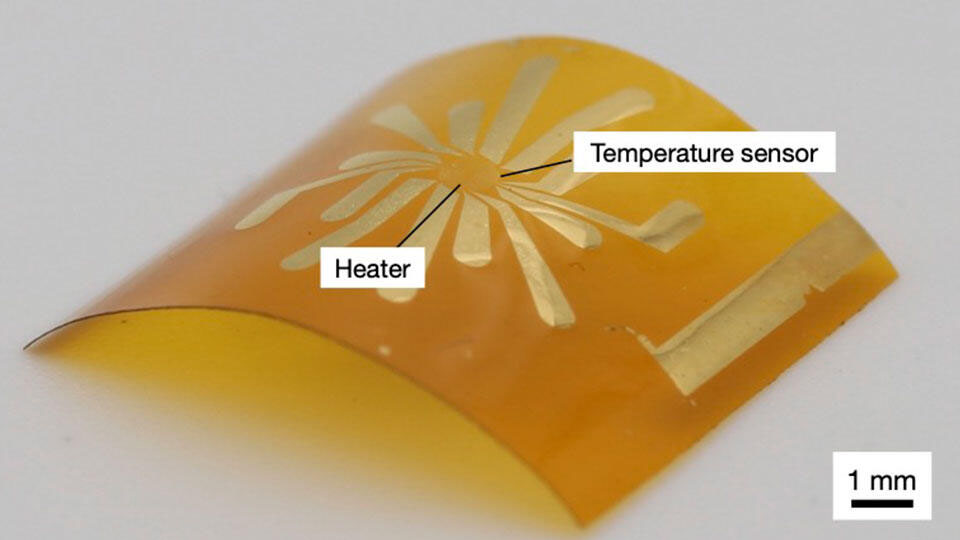 The energy and transportation sector often make use of different kinds of fluid machinery, including pumps, turbines, and aircraft engines, all of which entail a high carbon footprint. This result mainly from inefficiencies in the fluid machinery caused by flow separation around curved surfaces, which are typically quite complex in nature.

To improve the efficiency of fluid machinery, one, therefore, needs to characterize near-wall flow on the curved surface to suppress this flow separation. The challenge in accomplishing this is multifold. First, conventional flow sensors are not flexible enough to fit into the curved walls of fluid machinery. Second, existing flexible sensors suitable for curved surfaces cannot detect the fluid angle (direction of flow). Moreover, these sensors are limited to only detecting flow separation at speeds less than 30 m/s.

In a new study, Prof. Masahiro Motosuke from the Tokyo University of Science (TUS) in Japan and his colleagues, Mr. Koichi Murakami, Mr. Daiki Shiraishi and Dr. Yoshiyasu Ichikawa from TUS, in collaboration with Mitsubishi Heavy Industries, Japan, and Iwate University, Japan, took on this challenge. As Prof. Motosuke states, « Sensing the shear stress and its direction on curved surfaces, where flow separation easily occurs, has been difficult to achieve in particular without using a novel technique. »

Their work was published in Micromachines (« Development of a Flexible MEMS Sensor for Subsonic Flow »).
The team, in their study, developed a polyimide thin film-based flexible flow sensor that can be easily installed on curved surfaces without disturbing the surrounding airflow, a key requirement for efficient measurement. To enable this, the sensor was based on microelectromechanical system (MEMS) technology. Moreover, the novel design allowed multiple sensors to be integrated for simultaneous measurement of the wall shear stress and flow angle on the surface of the wall.

To measure the shear stress on the walls, the sensor measured the heat loss from a micro-heater, while the flow angle was estimated using an array of six temperature sensors around the heater that facilitated multidirectional measurement. The team conducted numerical simulations of the air flow to optimize the geometry of the heaters and sensor arrays. Using a high-speed airflow tunnel as the testing environment, the team achieved effective flow measurements with wide range of airflow speeds from (30 – 170) m/s. The developed sensor demonstrated both high flexibility and scalability. « The circuits around the sensor can be pulled out using a flexible printed circuit board and installed in a different location, so that only a thin sheet is attached to the measurement target, minimizing the effect on the surrounding flow, » elaborates Prof. Motosuke.

The team estimated the heater output to vary as the one-third power of the wall shear stress, while the sensor output comparing the temperature difference between two oppositely placed sensors demonstrated a peculiar sinusoidal oscillation as the flow angle was changed.
The developed sensor has the potential for a wide range of applications in industrial-scale fluid machinery that often involve complex flow separation around three-dimensional surfaces. Moreover, the working principle used to develop this sensor can be extended beyond high-speed subsonic airflows.

« Although this sensor is designed for fast airflows, we are currently developing sensors that measure liquid flow and can be attached to humans based on the same principle. Such thin and flexible flow sensors can open up many possibilities, » highlights Prof. Motosuke.
Taken together, the novel MEMS sensor could be a game-changer in the development of efficient fluid machineries with reduced detrimental effects on our environment.

The use of graphene-based field-effect transistors in the past decade has been shown as one of the most powerful biosensing units for the detection of numerous biological and biochemical analytes.