Exceptional advances in the control of material properties has been achieved, through careful manipulation of geometry on nano- and sub-nanometre length scales, in magnetoelectronics and nanomagnetism. Advanced techniques now allow for the creation of structures patterned on sub-micron length scales in three dimensions. New phenomena has been discovered in patterned magnets that can be strongly controlled by ion bombardment, multilayering, and lithographic patterning.
Examples include: materials for microwave signal processing technologies, whose properties that can be tuned by magnetic and electric fields; high speed switching of magnetization in elements used for data storage and spin electronics; and manipulation of magnetic domains and domain walls in carefully crafted structures that serve as model experimental systems for studies of complex dynamics.
Perhaps the most famous example of how geometry can control fundamental material properties is Bragg scattering of electrons in crystals. Most recently an analogy has been created for microwave excitations in two dimensional magnetic arrays, known as ‘magnonic crystals’. These excitations can be diffracted by magnetic features with appropriate dimensions.
An array of magnetic wires was constructed from a 30 nm thick Ni80Fe20 film using deep ultraviolet lithography and lift-off, forming a diffraction array for magnetostatic spinwaves. The magnetic wires were 350 nm wide and spaced 55 nm apart A stop band was observed for propagation perpendicular to the stripe axes, demonstrating the possibility of engineering a magnonic band structure. 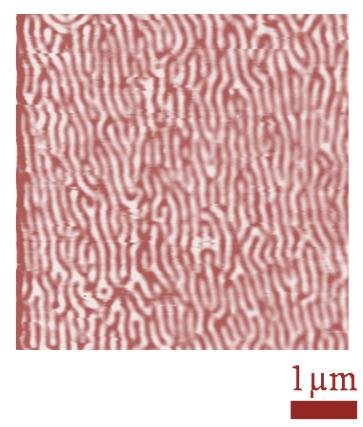 In a study published in Nature (« Functional CeOx nanoglues for robust atomically dispersed catalysts »), a research team led by Prof. ZENG Jie from the University of Science and Technology of China (USTC) of the Chinese Academy of Sciences and international collaborators developed a novel “nanoglue” strategy to stabilize atomically dispersed metal catalysts.

A research group led by Prof. JIN Shengye from the Dalian Institute of Chemical Physics (DICP) of the Chinese Academy of Sciences revealed an ultrafast and high-yield polaronic exciton dissociation mechanism in two-dimensional (2D) perovskites.