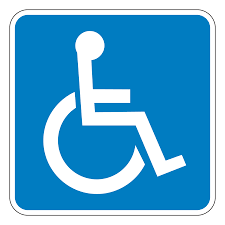 Solutions range from better implants and prosthetics to brain-machine interfaces and they already are in the early stages of development and have working prototypes. While these are technical solutions to medical issues, and also a potential path towards transhumanist dreams, there is a number of social issues surrounding them that are rarely discussed. For instance, some 180 million young people between the ages of 10-24 live with a physical, sensory, intellectual or mental health disability significant enough to make a difference in their daily lives. The vast majority of these young people, some 150 million (80%) live in the developing world. They have limited access to education, employment and basic health care, and generally experience profound economic and social exclusion.

The question needs to be asked whether the nano- and biotechnologies discussed to help the developing world are designed in a way to take into account the specific needs and realities of disabled people. Even if they did – and they do not – the next question is whether all these wonderful new technologies are really affordable for developing countries, or in other words: who pays for them? And finally, does the right social framework exist to take advantage of them?

Nanomedical and bionic products that could directly improve sensory, motoric and other functions cover all aspects of the human body. A 2002 report by the U.S. National Science Foundation (« Converging Technologies for Improving Human Performance »; pdf download, 5.9 MB) describes several nanotechnology-based areas for the improvement of human health and capabilities in the next 10-20 years. These visions go far beyond the current implant technologies (bionic ears and limbs, neural and retinal implants, artificial muscles etc) under development.

A device for programming complex biological pathways on a chip that mimics responses of the human body and aids the development of corresponding treatments. An example would be the precise “decoration“ of nanoparticles with a tailored dosage of biomolecules for the production of nanomedicines that target specific early biomarkers indicative of disease.

One outcome of combining nanotechnology with biotechnology will be molecular prosthetics – nano components that can repair or replace defective cellular components such as ion channels or protein signaling receptors. Another result will be intracellular imaging, perhaps enabled by synthetic nano-materials that can act as contrast agents to highlight early disease markers in routine screening. Through self-delivered nano-medical intervention, patients in the future will be able in the comfort of their homes to perform noninvasive treatments autonomously or under remote supervision by physicians.

Nano-enabled unobtrusive tools will be invaluable for medical intervention, for example, nanorobots accomplishing entirely new kinds of surgery or carrying out traditional surgeries far less invasively than does a surgeon’s scalpel.

One goal is to establish direct links between neuronal tissue and machines that would allow direct control of mechanical, electronic, and even virtual objects as if they were extensions of human bodies. Researchers are already closing in on this sci-fi sounding scenario.

While these are some very broad and general concepts, a 2005 paper by the University of Toronto’s Joint Centre for Bioethics « Nanotechnology and the Developing World »argues that nanotechnology can be harnessed to address some of the world’s most critical development problems. The report comes up with a list of « Top Ten Nanotechnology Applications » for developing countries, ranging from energy to agriculture and health.

Dr. Gregor Wolbring questions whether the nano- and biotechnologies in this and similar lists are designed, implemented, governed and developed in such a way that they are taking into account the specific needs and realities of disabled people and other marginalized population groups. He argues that disabled people as a group are not involved in the discussion about developing and implementing nanotechnology applications – or any other technology for that matter – in the developing world.

Wolbring, a biochemist,bioethicist and science and technology studies researcher at the University of Calgary, who is very involved with disability and ability studies, has compiled a scoping document on « Nanotechnology and disabled people » for the Center for Nanotechnology in Society at Arizona State University.

« Take water, for example » Wolbring points out. « Nanotechnology should be able to help more than 1 billion people in the world who lack access to clean water, and the 2.6 billion who lack access to sanitation. Nanotechnology can be involved with water in numerous ways, including desalination, detoxification, sanitation, decreased use of water, hydrogen usage, and hydro-generated power, to name a few. »

Many organisms in nature have evolved spots with two structural colors on their bodies, like the Papilio Palinurus butterfly. The green color on its wings derives from the turquoise-yellow dual color spots (Figure). Imitation of such dual-color spots is believed to inspire designs of functional materials in many industrial areas since they are related to the camouflage, message delivery, and thermoregulation of these species.

To reach the target of carbon neutrality, a transition from fossil energy to renewable energy generation is indispensable. Photovoltaic technology is considered as one of the most prominent sources of renewable energy.