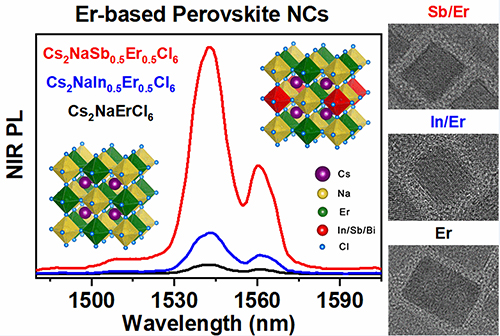 Previous studies mainly focused on the photoluminescence (PL) in the visible region, and those on the near-infrared (NIR) PL of lead-free perovskite NCs are rare.

“The origin of NIR PL enhancement was attributed to the increase of exciton absorption, the longer PL lifetime, the suitable phonon-assisted process caused by the indirect band structure, and the process of long-lived dark trap state assisted NIR PL emission,” said Prof. HAN.