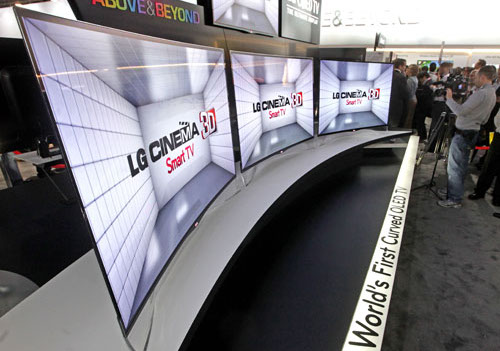 Have you ever thought of substituting that huge backpack of textbooks with a single electronic paper sheet – keeping all that data on one device folded and kept in your wallet? What about a ride in a solar-powered vehicle stretched around you like skin ?
Technology like this is now within reach, using highly foldable and bendable surfaces made from rubbery elastomeric or polymeric materials that are light-weight and manufactured easily. If the materials are made biocompatible, it could also be possible to envisage artificial nerves and muscles with this technology. 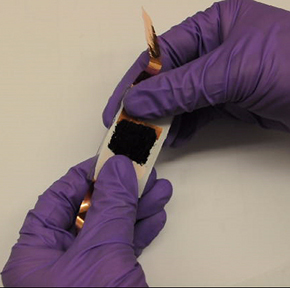 Some of the materials which are being developed for use in flexible devices are listed below.
Carbon nanotube-based flexible supercapacitors as an alternative to batteries
Elastic conducting interconnects using CNT-polymer composites
Conducting nanoparticle inks for printing circuits on flexible substrates
Organic LED displays
Flexible transparent conductors for touch screens, OLED displays and solar panels – carbon nanotubes and copper or silver nanowires have been investigated as potential materials to replace the ubiquitous non-flexible indium tin oxide (ITO).
Recent Advances
ITO is currently the dominant transparent conductor material used in touch screens, displays, and solar panels. Transparent electrodes are necessary for a huge variety of electronic devices, and materials with those properties are few and faw between.
Recently, a new transparent conductor material has been commercialized – silver nanowires, which form a sparse network across a continuous layer. A silver nanowire ink developed by Cambrios has been used to create touch screen devices like all-in-one PCs and laptops. Because the ink is inherently flexible, unlike ceramic ITO, devices with curved or flexible screens are now in the pipeline.
At the Consumer Electronics Show (CES) in January 2013, South Korean electronics giant showed off a new line of flexible phones. LG and Samsung also launched curved OLED televisions (which require flexible materials in the manufacturing process, even if the final product is a fixed shape). It is expected that other manufacturers will quickly follow suit, and numerous products utilizing flexible electronic technology will appear throughout 2013 and over the next few years.
Future Developments
In the future, as manufacturing technology advances, it is likely that graphene will become a dominant material in flexible electronics. Other materials will struggle to match the combination of its superb electrical conductivity, flexibility, and physical strength.
Research into using graphene to build many of the necessary components for flexible electronic devices is already well advanced. As well as transparent conductors, graphene can also perform exceptionally well in battery electrodes, conducting interconnects, and even individual transistors. It will be fascinating to watch the graphene story unfold as the commercial fabrication technologies mature and manufacturers begin to adopt the wonder material in their products.
Conclusion
Flexibility is a major breakthrough in the world of electronics, which will enable a new paradigm in design and functionality for the devices which our modern lives depend upon. Flexible devices have already begun to make their way into the commercial realm, and the next few years are bound to see huge changes brought on by this additional dimension which is now available to electronics manufacturers.