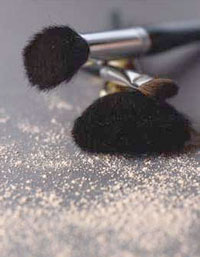 The first of these is the use of nanoparticles as UV filters. Titanium dioxide and zinc oxide are the main compounds used in these applications. Organic alternatives to these have also been developed.

The second use is nanotechnology for delivery. Liposomes and niosomes are used in the cosmetic industry as delivery vehicles. Newer structures such as solid lipid nanoparticles and nanostructured lipid carriers have been found to be better performers than liposomes.

In particular, nanostructured lipid carriers have been identified as a potential next generation cosmetic delivery agent that can provide enhanced skin hydration, bioavailability, stability of the agent and controlled occlusion. Encapsulation techniques have been proposed for carrying cosmetic actives. Nanocrystals and nanoemulsions are also being investigated for cosmetic applications. Patents have been filed for the application of dendrimers in the cosmetics industry.

A draft guidance documents from the FDA “Guidance for Industry: Safety of Nanomaterials in Cosmetic Products” discusses the FDA’s current thinking on the safety assessment of nanomaterials when used in cosmetic products. Key points include:

The legal requirements for cosmetics manufactured using nanomaterials are the same as those for any other cosmetics. While cosmetics are not subject to premarket approval, companies and individuals who market cosmetics are legally responsible for the safety of their products and they must be properly labeled.

Examples of new nanotechnology applications in personal care products include (from the IEHN report “Beneath the Skin: Hidden Liabilities, Market Risk and Drivers of Change in the Cosmetics and Personal Care Products Industry”

Penetration enhancer – Encapsulating or suspending key ingredients in so-called nanospheres or nanoemulsions, increases their penetration into the skin:

LOreal (which ranks No. 6 in nanotechnology patent holders in the U.S.) has used polymer nanocapsules to deliver active ingredients, e.g. retinol or Vitamin A, into the deeper layers of skin. In 1998 the company unveiled Plentitude Revitalift, an anti-wrinkle cream using nanoparticles

La Prairies vice president of retail marketing and training, Holly Genovese, says the nanoemulsions in the product optimize the delivery of functional ingredients into the skin and allow these materials to get to the site of action quicker.

Procter & Gambles Olay brand was designed with nanoemulsion technology in 2005.

Other companies using nanotech in their skin products as of 2005 include: Mary Kay and Clinique from Lauder; Neutrogena, from Johnson & Johnson; Avon; and the Estee Lauder brand.

PureOlogy began experimenting with nanoemulsions in 2000 when the companys founder set out to create a product line especially developed for color treated hair.

Sunscreens  the zinc and titanium in sunscreens are micronized, making them transparent, less greasy, less smelly and more absorbable into the skin.

Paris-based Caudalie launched its Vinosun Anti-Aging Suncare, a sunscreen and anti-aging treatment that relies on nanomized UV filters and antioxidants, in the US in 2003.